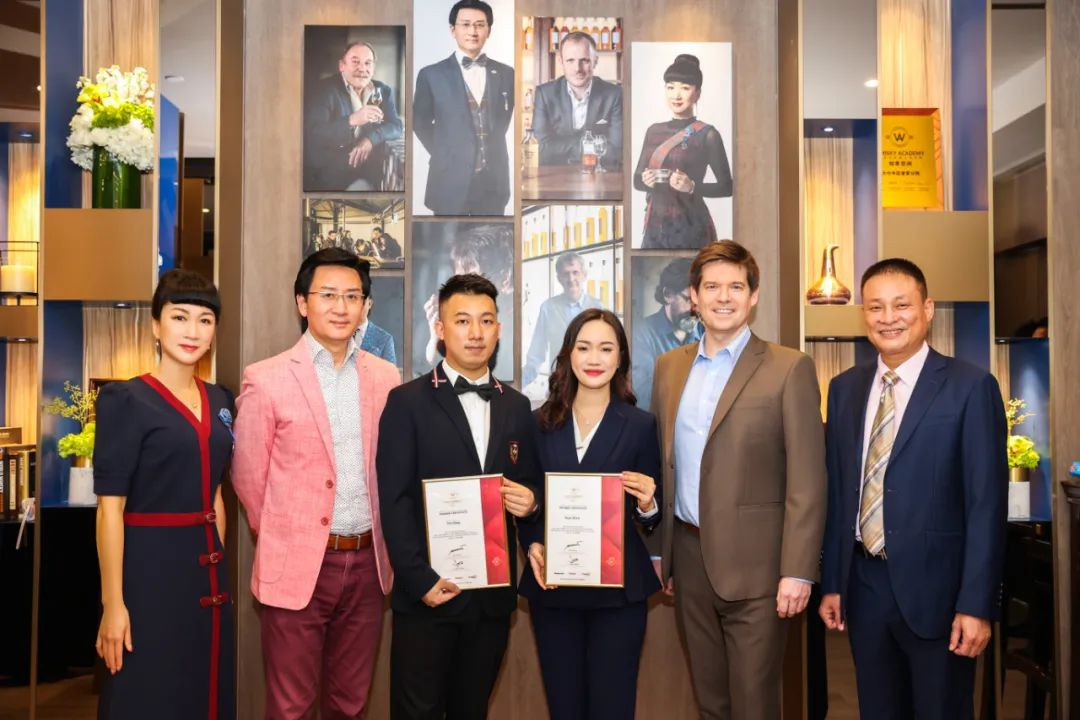 On March 3rd 2017, all three levels of the Diageo Whisky Academy (DWA) professional whisky course was presented in Beijing during a three day seminar held by Diageo senior leadership, under the joint efforts of Mr. C.H. Chu, Managing Director of Diageo Greater China and Mr. Mark Edwards, Managing Director of Diageo China. The DWA seminar was attended by the Diageo Whisky Academy project team, several Scottish industry experts, and the DWA chief consultant Mr. ChingSheng Lu.
DWA has successfully and systematically trained over 10,000 whisky lovers in more than 40 cities across the country in the last three and a half years, deploying the most professional knowledge. It has become the most highly recognized and applauded professional whisky knowledge sharing platform among industry leaders and consumers in Greater China.
DWA is now deepening its commitment for the next five years in China, reaffirmed by the extremely positive reactions during the 2020 Diageo Whisky Seminar tour, which was conducted throughout 11 cities across the country.
*2020 Diageo Whisky Seminar cities include: Guangzhou, Shenzhen, Dongguan, Foshan, Zhanjiang, Shantou, Xiamen, Fuzhou, Chengdu, Shanghai and Beijing 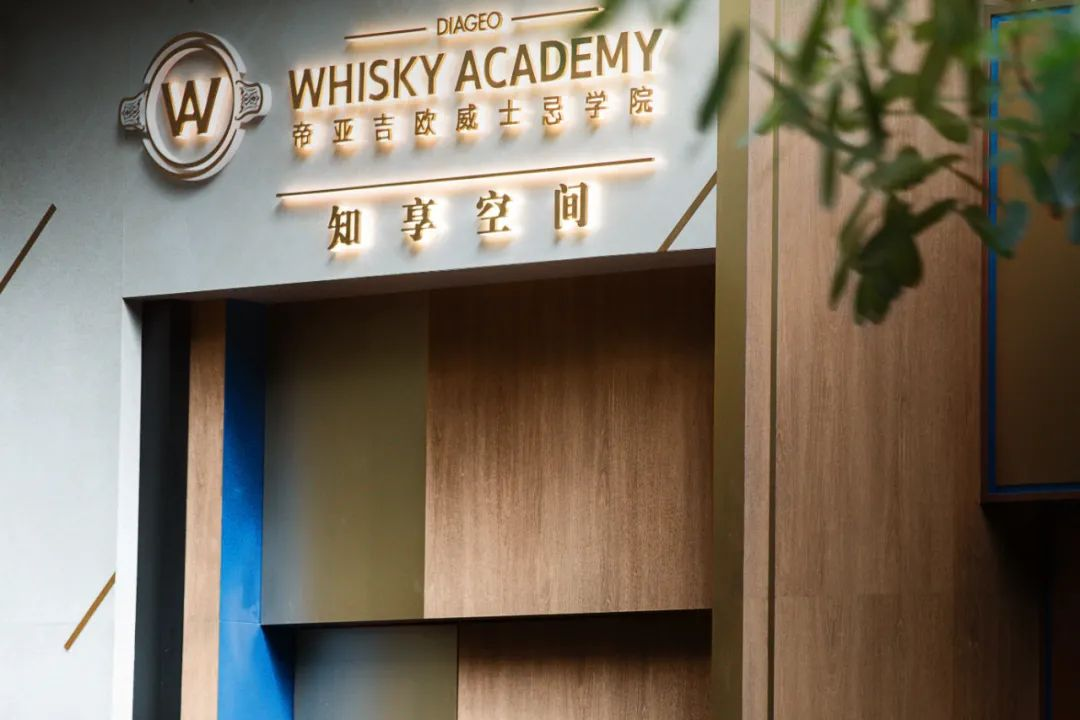 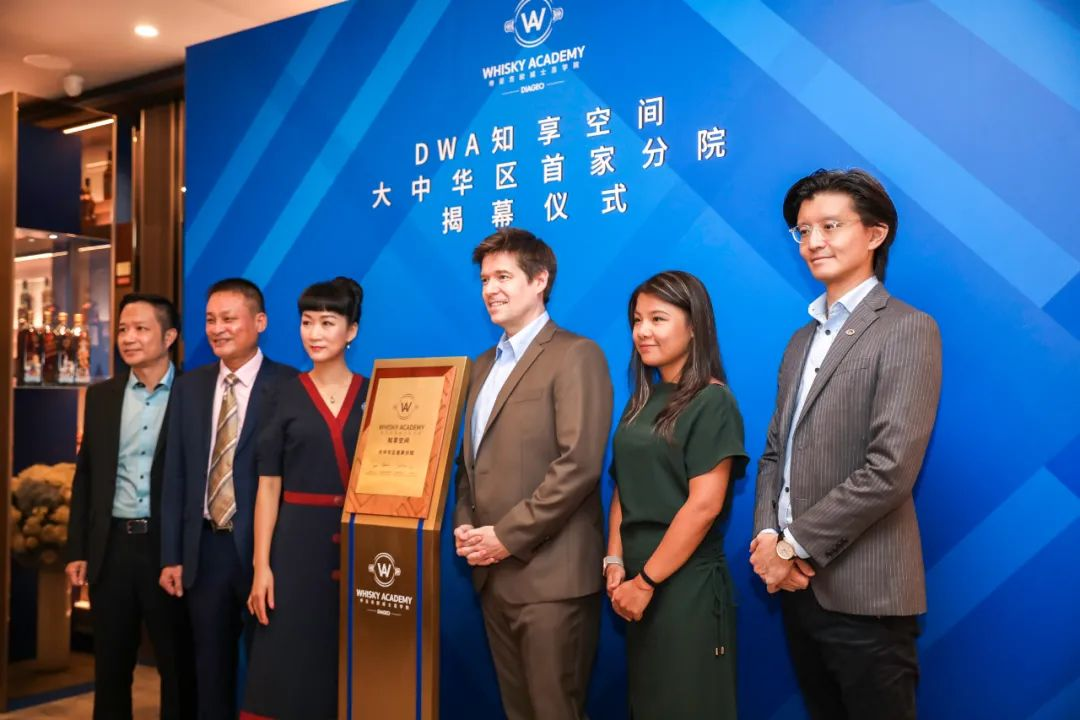 from right to left: 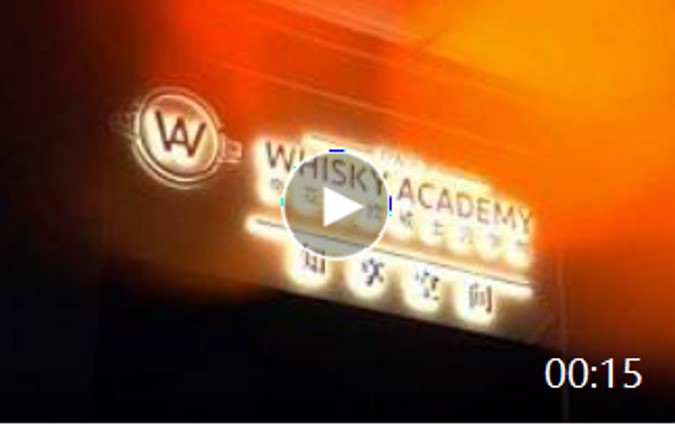 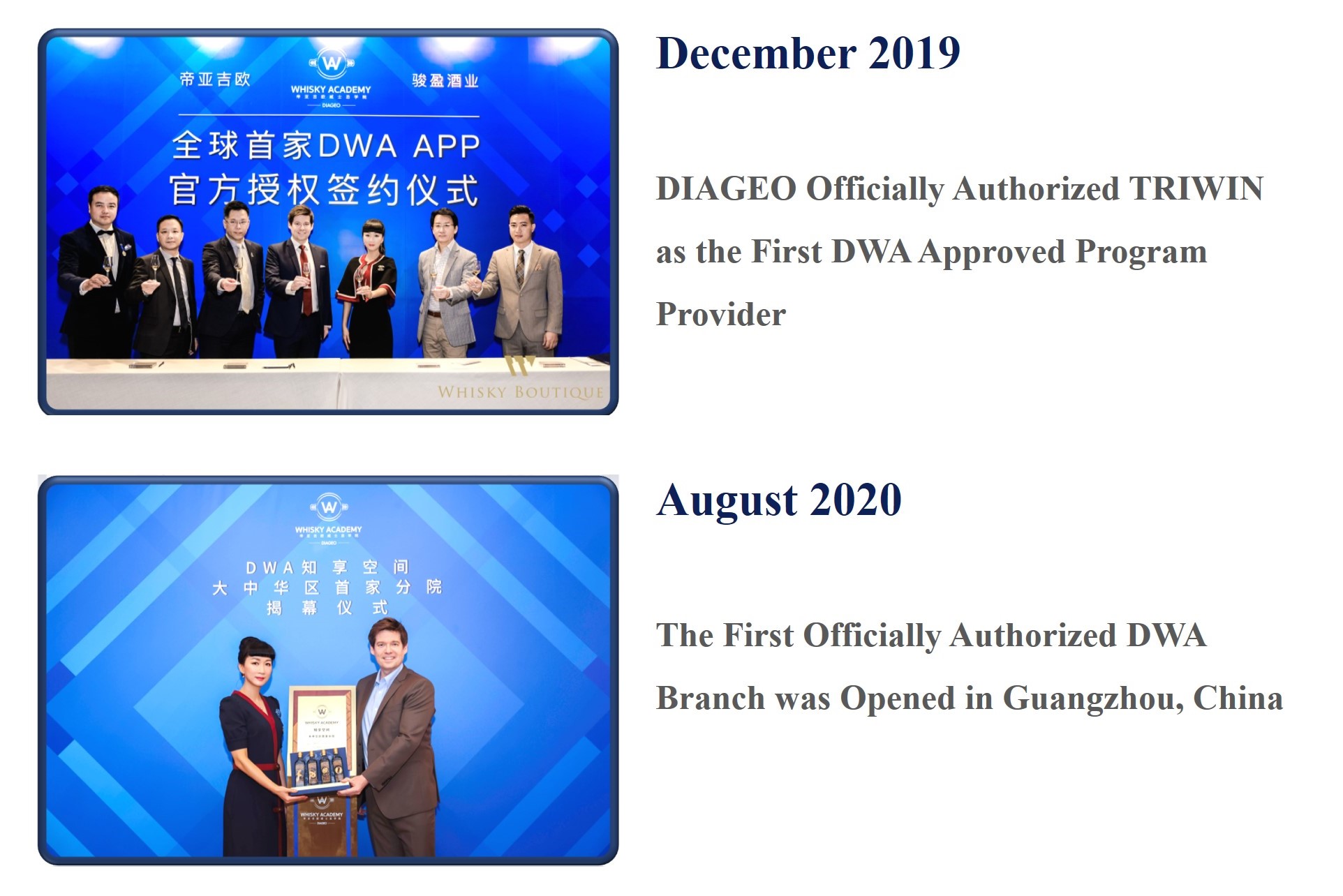 Whisky advanced communication goes a level deeper. This is a major leap forward in the ability to radiate depth of knowledge.

Driving the next five years of whisky development in China, DWA is constantly upgrading its resources and advancing with the times, designing DWA's tri-level course in line with the international whisky tasting training needs of new consumers.

Focusing on international high-end social and spirits etiquette, the DWA 'Entrepreneur Advanced Level-2' course is now available to satisfy the new generation of Chinese entrepreneurs and enthusiasts who are interested in entering the high-end whisky or even single cask whisky field. 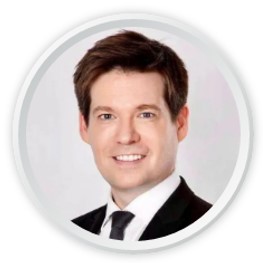 " The first DWA official center is one of the main initiatives launched by Diageo in China and will continue through the next decade.

DWA 'Entrepreneur Advanced Level-2' and DWA Level-3 are multi-dimensional whisky courses that not only set a new benchmark for the entire whisky industry, but also build upon a practical knowledge platform where whisky lovers who seek to " progress further " can dive into a level of in-depth tasting and sharing with like minded individuals. " 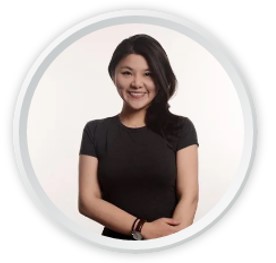 We are constantly exploring newer, better, and higher-adapted models to broaden the horizons of consumers and provide experiences that is different from what the market is accustomed to.

In recent years, high-end Chinese consumers have shown a deeper desire for high-end experiences in whisky culture and international etiquette. I am convinced that the first officially authorized DWA center in Asia, established by Diageo, will continue to refresh the expectations of new generations of whisky lovers in China. " 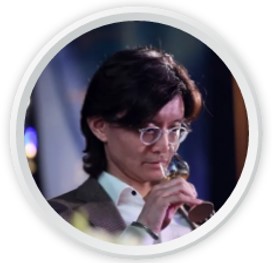 Whisky education is advancing to a new, deeper level
——
" Diageo Whisky Academy was developed and refined by Diageo Group, senior external consultants, and several of the world's leading whisky gurus for nearly 17 months. It was officially launched in China to the world on March 2017, and marked a milestone in Diageo's commitment to build a whisky culture throughout China.
I am honored to have served as one of the main members of this project. Today I am witnessing the opening of the first officially authorized DWA center in Guangzhou, China, and foresee that DWA, a tri-level and multi-dimensional whisky knowledge and tasting experience, will go further to new levels of depth in the next five years. " 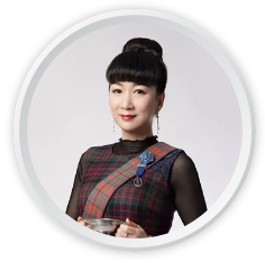 Mrs. Vivi Shen
DWA Honorary Consultant
Keeper of the Quaich
The new generation of whisky consumers have a thirst for knowledge for Scotch Whisky
——
" In the first and second tier cities of China, the age structure of whisky lovers from all walks of life is moving towards a younger trend. They are also no longer satisfied with online advertising exposure only. Meanwhile, Chinese whisky consumers have increased their expectations of professional whisky consultant service providers in recent years.
Diageo has created the world's first DWA 'Entrepreneur Advanced Level-2' course, which is an in-depth exploration of practical knowledge where the new generation of Chinese entrepreneurs may even enter the high-end single cask whisky field and witness the cultural manner of spirits with integration into international social etiquette.  " 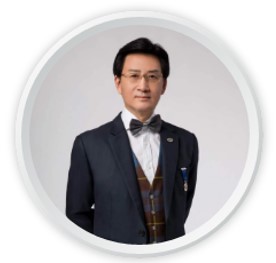 Mr. ChingSheng Lu
Chief Consultant - DWA
DWA Content Developer / Exam Designer / L2 & L3 Mentor
Keeper of the Quaich
" Quality and Quantity "  will go hand in hand
——
" Toward the end of 2016, I was fortunate to be a principal consultant of DWA and participate in the development of the DWA teaching program. Throughout my consulting, I assisted in the design of DWA L1，L2，L3 course content & exam criteria, and trained respective DWA L1 and L2 instructors.

In the past three and half years, I truly feel that the world's leading premium drinks group, Diageo, is responsible for inspiring whisky lovers in China. The entire team has brought a new approach across 40 cities, which prioritizes the expansion of whisky knowledge by using the authentic taste of spirits as a springboard, while effectively integrating international learning.

It is believed that with the high-quality whisky sharing content of DWA APP (Approved Program Provider) over the next five years, tier one through four cities in China will be able to deliver both " Quality and Quantity " hand in hand while building the essence of spirits culture. " 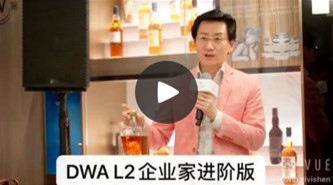 This includes the DWA L2 Whisky Pairing course, that begins with the characteristics of a distillery and matches it to a respective Chinese high-end cuisine. At present, in the interviews of more than 4,000 DWA L2 students, there is strong desire for participation in the DWA L3 course. In the next five years of DWA's development in China, DWA L1 certified external tutors will be unveiled to public, which is for whisky professionals who have completed DWA L3 course, received four months systematic tutor training and completed a rigorous tutor credential examination.

A Glance at the world's first officially authorized DWA branch - An immersive training space for professionals - 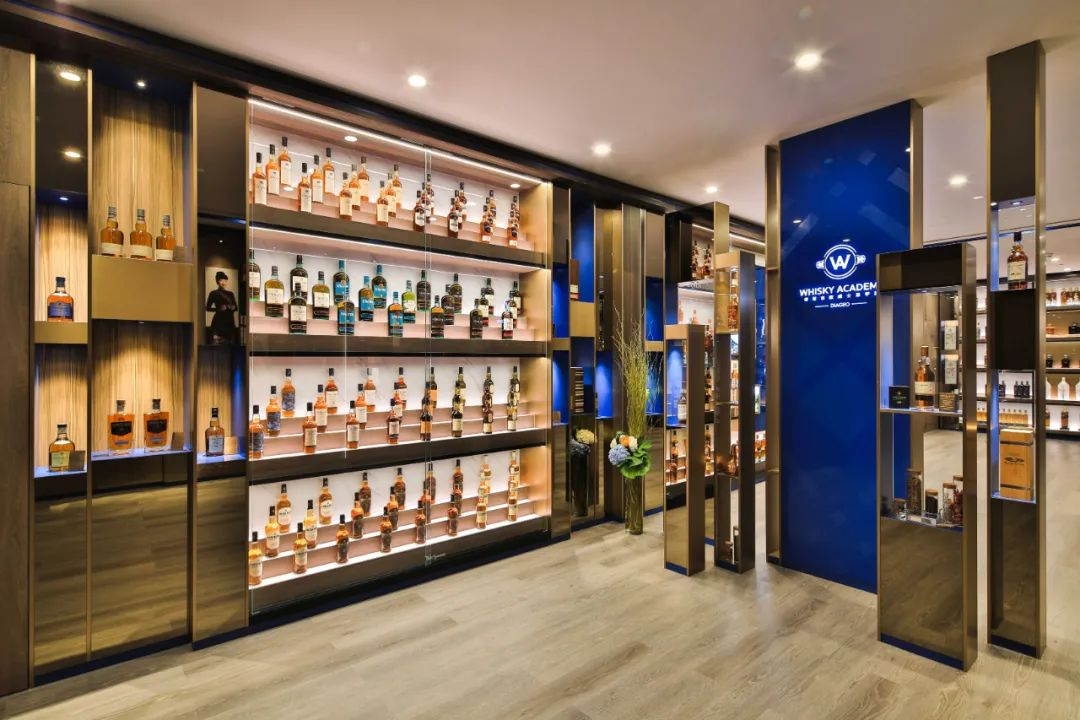 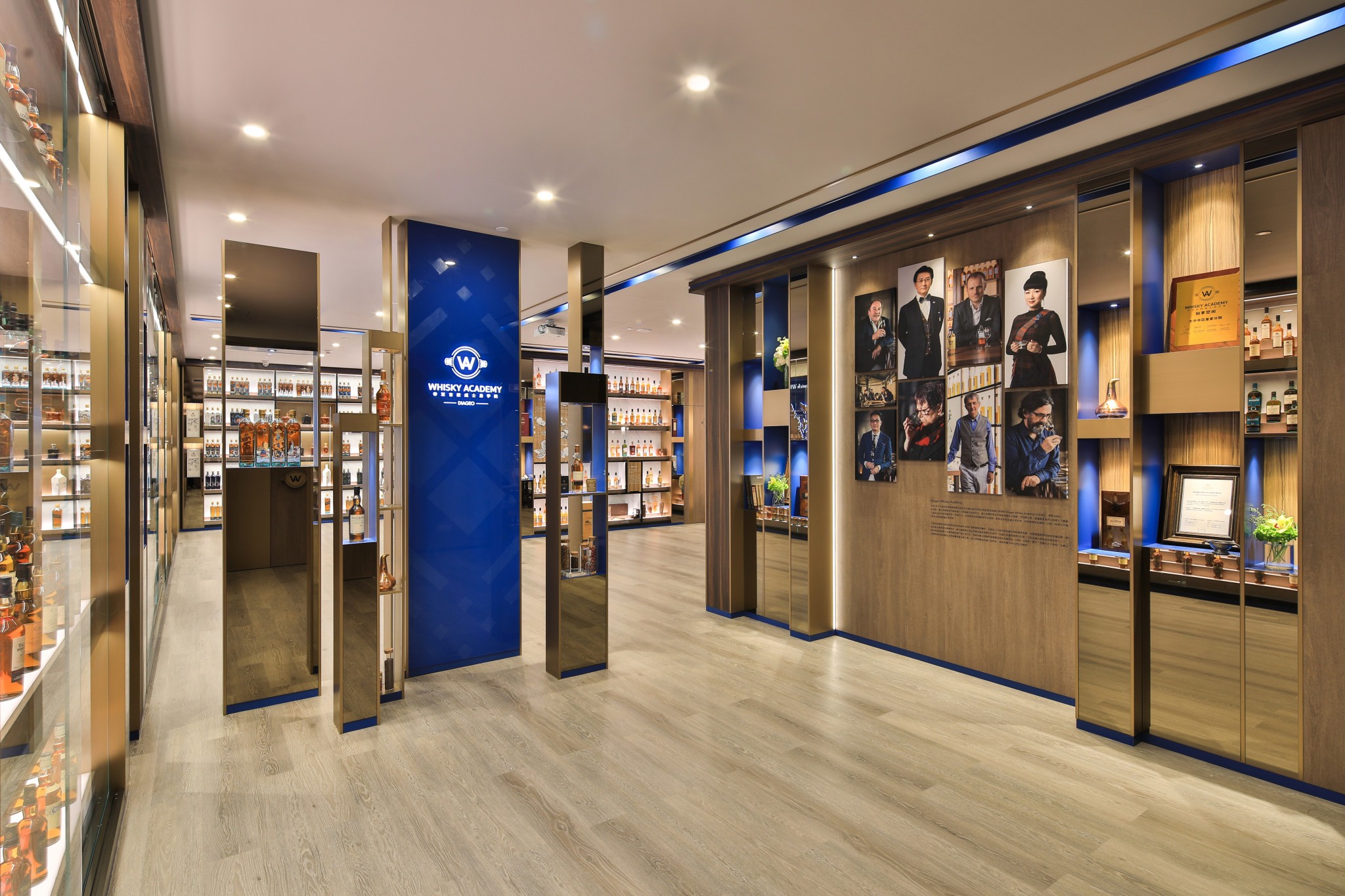 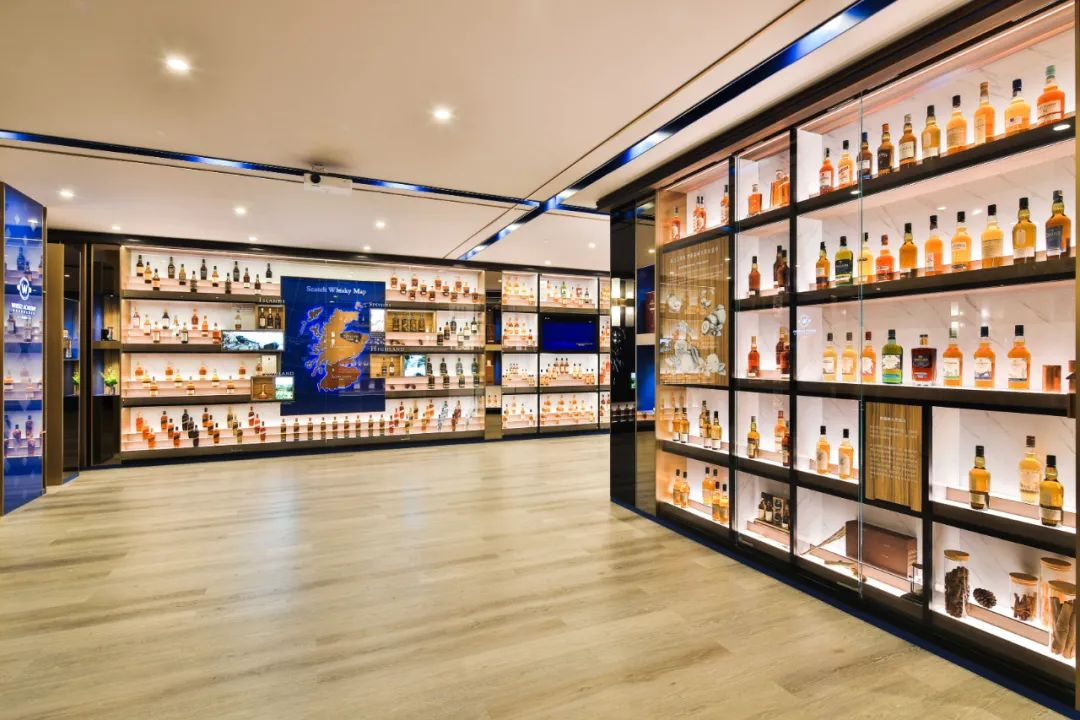 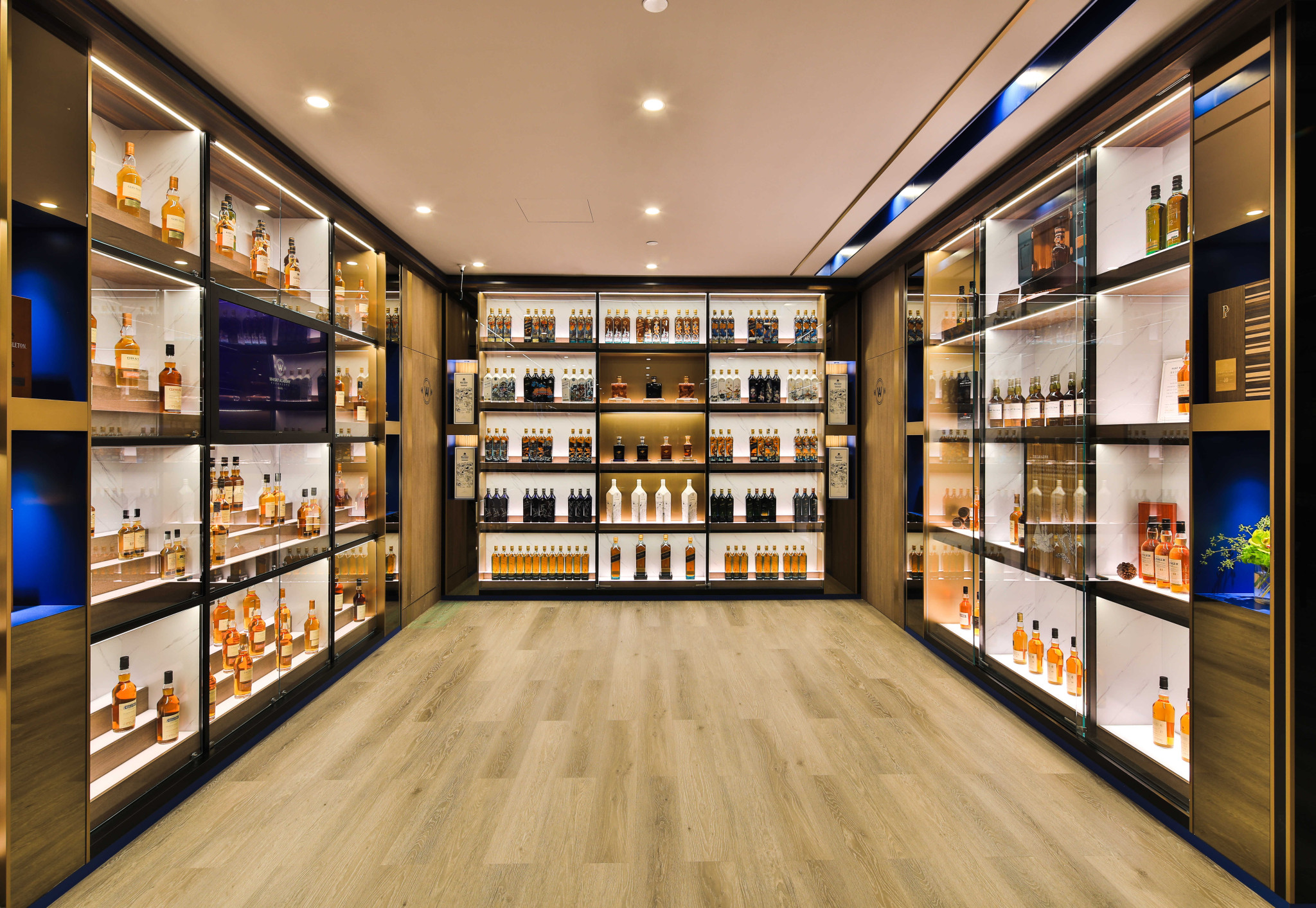 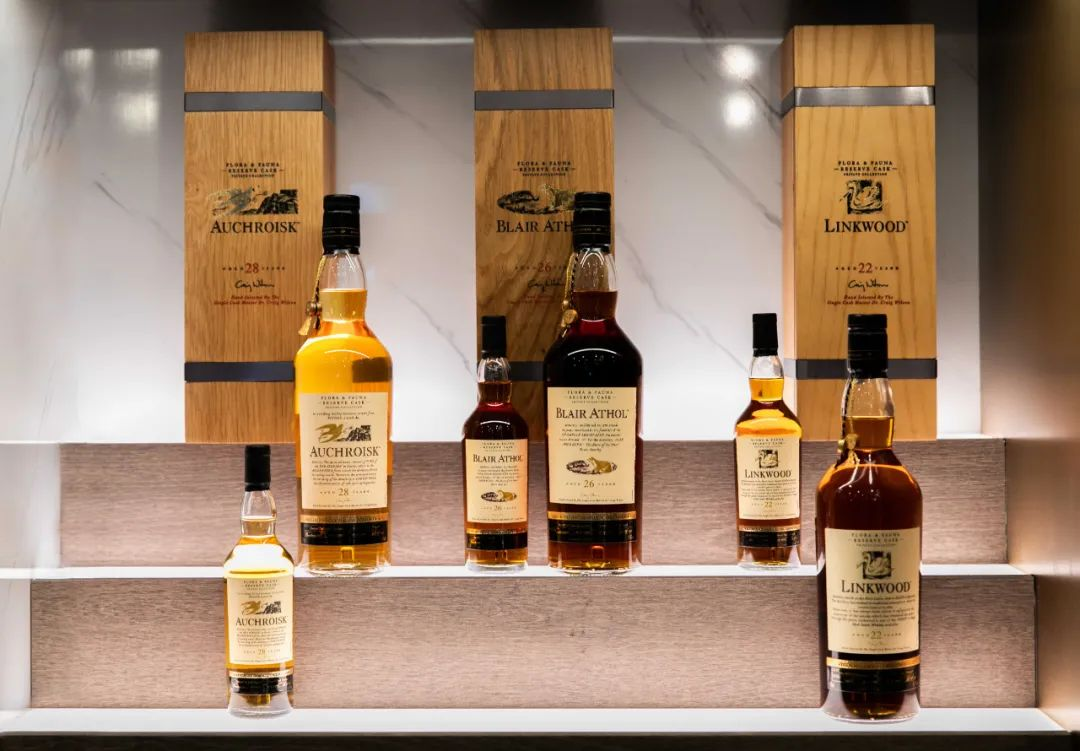 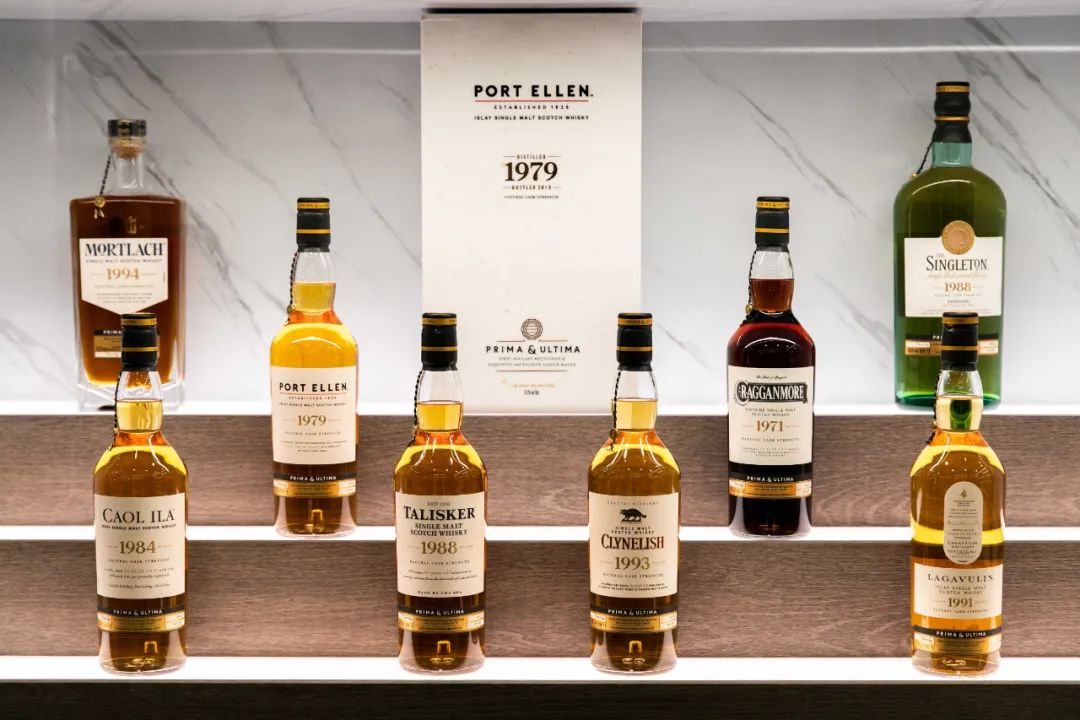 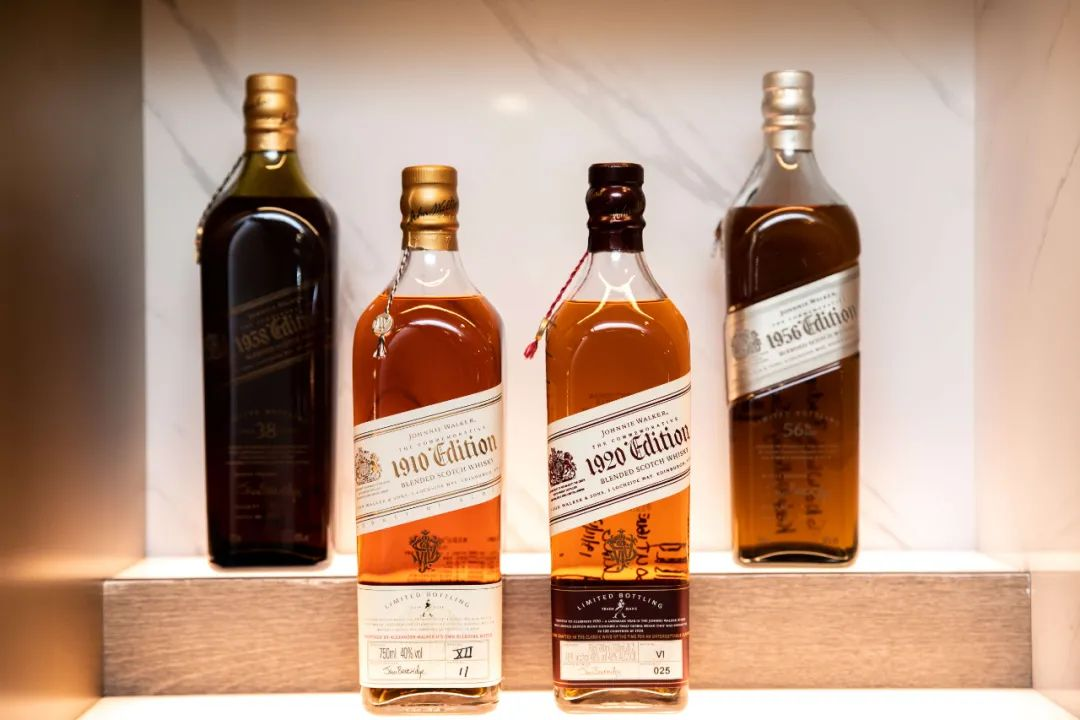 For those who successfully register for the DWA 'Entrepreneur Advanced Level-2' course in August or September 2020, each will receive an official DWA authorized APP TRIWIN, carefully selected 21-year-old Scotch whisky as a souvenir. 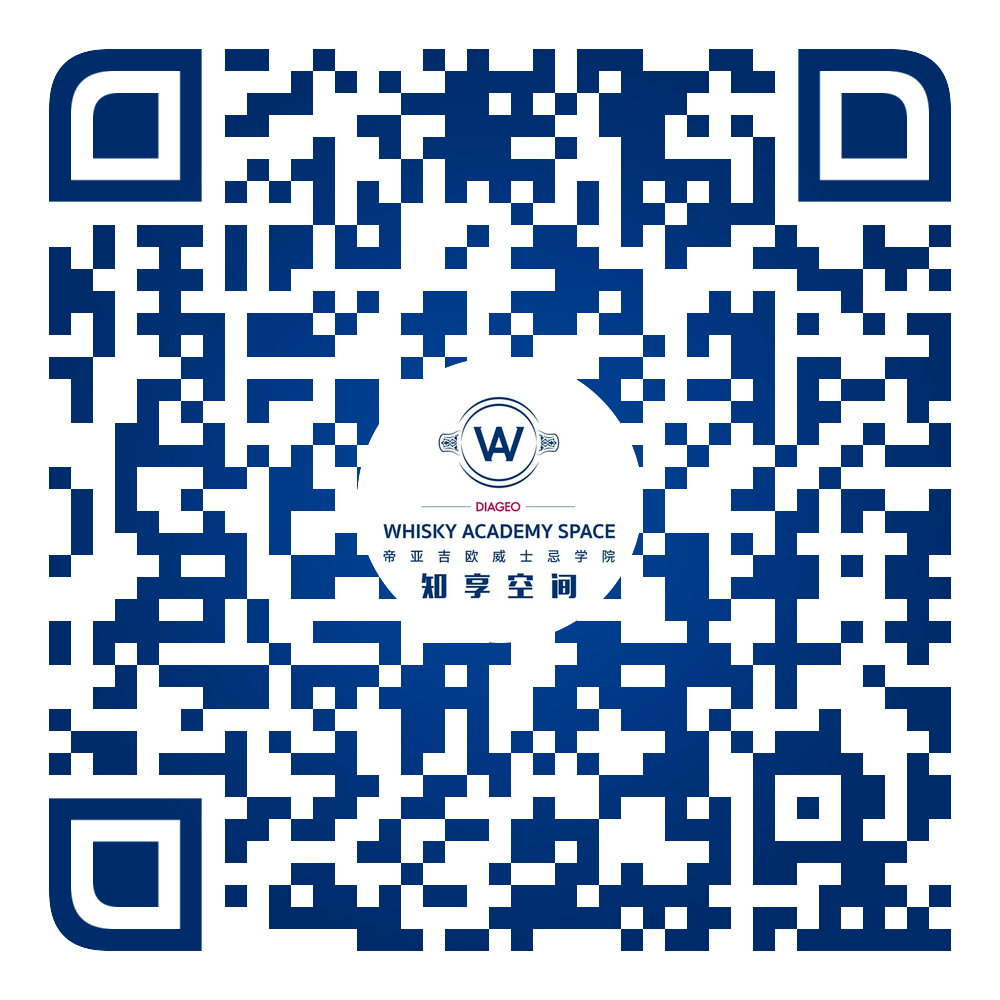